Once the operating system is installed on the system, the system can be started. Booting is the process by which an installed operating system program starts to work, read all the basic programs needed for system operation from the storage device, move it into memory, and then make it ready to run.

If you have multiple operating systems installed on Raspberry Pi system, when starting the system for the first time, you need to choose an operating system to be used. When a specific operating system is selected, a particular booting operation for that begins. If several systems are installed and the power is turned on, the screen as follows appears. 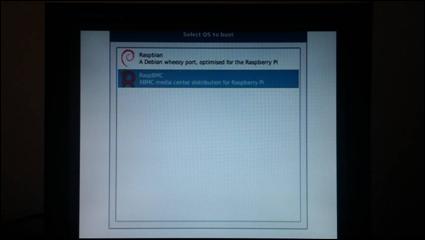 The operating system used for booting is determined by the following priority order:

■   If the operator selects a particular operating system using the mouse or keyboard and then presses Enter or double-clicks the mouse, the corresponding OS system is used.

■   If you make no choice for a certain time, the previous booted OS is used.

When a specific operating system is selected and booting starts, the following screen will be displayed continuously showing the progress of booting. The system program used by the operating system is read from the SD card and stored in the system memory so that it can be used.

After this booting is complete, you will see a screen you can logon to the system as follows. 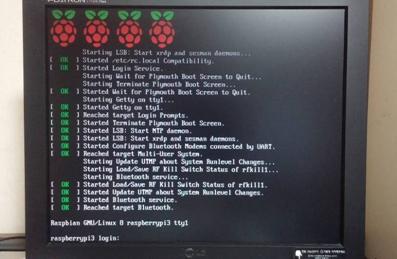 Although the operating system installation is normally completed, the screen may not be displayed when booting. This is because the system's monitor settings do not match the actual monitors. In this case, you must change the settings before booting.

●   How to modify the configuration item by starting <NOOBS> utility

First, start the <NOOBS> utility program when booting your system. Refer to the description of [4.5.5 Utilizing <NOOBS> Utility after Installing OS] for how to get started.

When the <NOOBS> utility screen appears, use the [Edit Config] button on the screen to modify the settings for the monitor. The settings for the monitor are defined in the config.txt file, and add or modify the necessary configuration items. When the modification is completed, press the [Exit] button on the <NOOBS> utility screen to restart booting.

●   How to directly modify the configuration file

The settings for the monitors required for booting are stored in the /boot/config.txt file on the partition where the operating system is installed. Therefore, you can change the monitor settings as desired by directly modifying the contents of this file.

Connect the SD card with the Raspberry Pi operating system installed to another system, and open the file in that location by a text editor and modify it as desired.

Once the modification is complete, insert the SD card back into the Raspberry Pi system and boot it.