7.1.3     Differences from Windows of Other Operating System

You already know that in MS Windows or Mac OS systems, almost everything is processed on a window basis. You know that in addition to simple data management tasks handled by ordinary users, system administrators or operators can install a new system, modify the system, or adjust the system settings for the network by using icons or menus provided in the window.

But it does not have to be so disappointing. In fact, if you look at the contents a little more, you can see that MS Windows or Mac OS is similar to Raspberry Pi system window function although there is some degree difference. As people who use MS Windows or a Mac operating system a little bit in depth, or those who have to do a lot of system work, such as system administrators or operators, already know the truth, there are many kinds of commands provided by the operating system, and there are many ways to handle the command, so it is not possible to support all processing methods for all commands on the window screen. Therefor, the window just provides functions for representative commands and representative processing methods among those commands.

Therefore, because MS Windows or Mac OS system can not handle all command processing in window, it can be seen that Shell Terminal is still used a lot here. 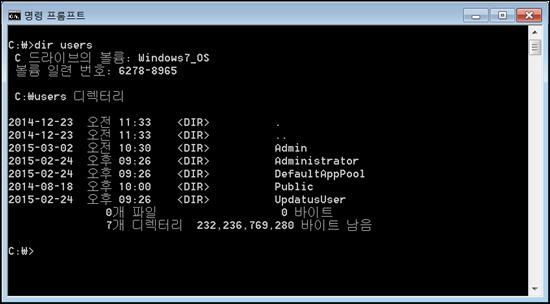