The best way to learn Python for the first time is through Python IDLE. Python IDLE can be used in window or terminal environments.

You can start Python using the desktop or Applications Menu. 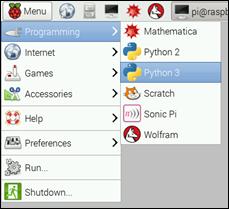 When the program starts, the following Python Shell screen appears, which is a work screen for creating and running the program.

However, it is inconvenient to develop a large number of programs because the shell is supposed to input commands one line at a time, and it executes immediately after inputting. So, if you select menu File à New Window, a new empty screen is opened, and there, you can execute a large number of programs in bulk or save the whole contents as a file and use it again later.

When starting on Terminal screen, the following screen appears. 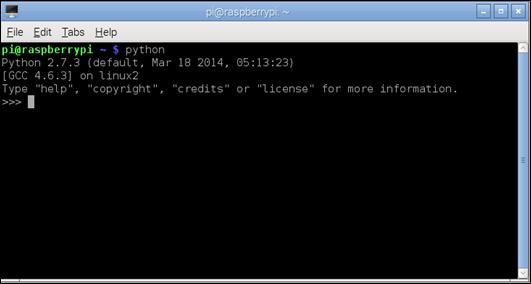