A resistor is an electronic component that has the effect of dropping voltage by interrupting the flow of current so that the current does not flow well in the electric circuit. It is often used in most electronic circuits. The unit of resistance is ohm (ohm), which is denoted by Ω.

There are various kinds of resistor depending on the characteristics. A fixed resistor is the most commonly used resistor and have a constant resistance value that does not fluctuate. A variable resistor is a resistor that allows a variable resistance value within a certain range. It is used for volume control part or other control part, and there are a rotation type and a slide type. In addition, some of them are lead type or some chip types depending on the shape of the resistor.

The following shows a simple example of using a resistor when configuring a circuit. 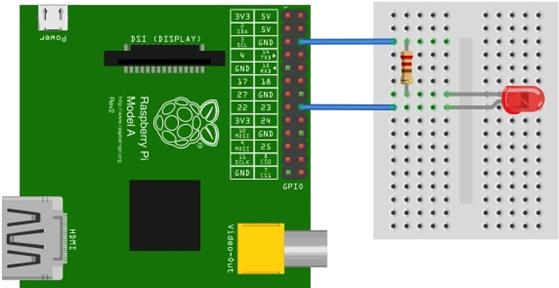